The Philadelphia Eagles appear to be starting the succession plan when Jeffrey Lurie does decide to step down as CEO of the franchise. Naturally, Lurie would keep the Eagles in the family, as the owner has never revealed intentions on selling the team.

Once Lurie does decide to step down as CEO of the Eagles, his oldest son Julian appears set to take the reins. Per The Athletic, Julian Lurie will have the title of Business and Football Operations Strategy, showcasing an involvement of the football and business aspects of the franchise.

Julian Lurie, 27, has an office space in the NovaCare Complex and was spotted with Eagles general manager Howie Roseman and head coach Nick Sirianni at the Senior Bowl this past January. The wheels have been in motion for some time regarding Julian’s role in the franchise.

“Obviously, he grew up in the family that owns the team,” Lurie, 70, said on his son’s involvement with the team when he last spoke to the media in March. “He’s an avid Philadelphia sports fan. He loves the Eagles, loves the NFL. He really has a great feel for many aspects of the sport.”

Thanks for signing up!

Keep an eye on your inbox.

There was an error processing your subscription.

Copyright for syndicated content belongs to the linked Source.
2022-06-03
nfl-news
Share
Previous 49ers’ John Lynch confirms team won’t trade Deebo Samuel: ‘I’d be a fool to trade him’
Next Ryan Fitzpatrick's Best Play on EVERY Team He Played for (It's A lot) 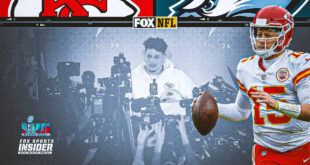 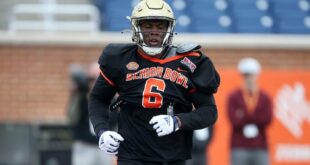 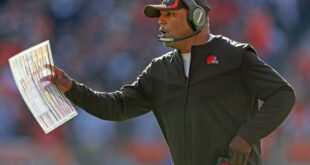