There is no denying the wide receiver room for the Indianapolis Colts is on the young side, but quarterback Matt Ryan is hoping to play a role in their development.

While there are questions about experience in the room, Ryan believes as a veteran quarterback that part of his job is to help the young players realize their potential as much as possible.

Even though he’s only been with the Colts for a few months, he’s already invested in furthering the development of the young players around him.

“I hope to play a big role. I really think the most important thing is that we are on the same page, that we understand where we’re coming from,” Ryan told reporters Thursday.

The 37-year-old is going through a transition of his own. For the first time in his long career, Ryan is playing for a new team. He’s in a new city and a new offense for the first time since being the face of the Atlanta Falcons for 14 seasons.

Having that kind of experience should help him adjust quickly to his new environment.

“I think the experience of having played with a lot of different guys throughout my career and understanding that everybody’s skillset is different, right? It’s not one size fits all on how to run routes. I’ve been around a lot of different body types, a lot of different movement types,” Ryan said. “I think that gives me a pretty good experience to kind of identify similar type players that I’ve played with in how they move and try and help them where I can in terms of how to get open, how to separate and what I’m expecting.”

Ryan is already planning workouts with groups of the offense during summer break, which officially started for veterans following the conclusion of minicamp this week.

He’s already shown a rapport with players like Michael Pittman Jr. and Parris Campbell. Now, it’s time to continue fine-tuning that chemistry while establishing rapport with the other young players as well.

“There’s so much that goes into kind of understanding… 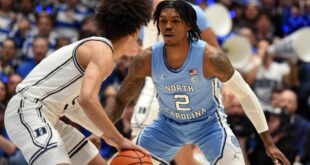 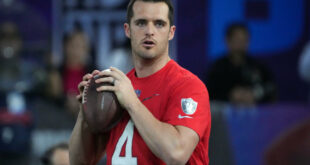 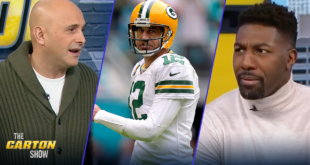