Home » NFL News » Cowboys’ Mike McCarthy gets advice from ex-Dallas head coach Jason Garrett: ‘Lock in on what you need to do’

Cowboys’ Mike McCarthy gets advice from ex-Dallas head coach Jason Garrett: ‘Lock in on what you need to do’

The pressure for Mike McCarthy to deliver big in 2022 is immeasurable, and Jason Garrett can somewhat empathize. Granted, the latter didn’t face any fear of being fired early in his roughly 10-year stint at head coach of the Dallas Cowboys, but he eventually did in 2019, and another lackluster performance paved the way for the former to succeed him in North Texas. Now, only two seasons later, McCarthy finds himself already being put to the fire — as owner Jerry Jones attempts to quell rumors of the Cowboys having heart eyes for Sean Payton in 2023.

What’s likely more frustrating for McCarthy, who admits he’s no fan of the “landscape” that comes with coaching the Cowboys, is that Jones has often been the driver of said rumors — be it indirectly and/or directly — “stirring the pot” that much more by wording that also positions newly-extended head coach Dan Quinn as a possible heir to McCarthy in the near future.

In an offseason overrun with drama, both on and off of the field, McCarthy is truly up against it; and Garrett would like to offer some advice on how he should manage it all going forward.

“Well I think the biggest thing for any head coach and really for any player in the NFL, is really just focus on yourself and what you need to do to be your best,” he told “The Rich Eisen Show” recently. “And I know that’s a cliche, and everyone thinks, ‘Oh blah, it’s coach speak and all of that’, but it’s so true. And it’s so true certainly in a place like Dallas. There’s a lot of people who make their living speculating about things, and digging things up — stirring things up.

“That’s just the world that we live in. The days of Walter Cronkite telling you the news as it is, you know, six o’clock every weekday evening. Those are long gone. It’s 24-hour news cycles and we’re trying to stir the pot.” 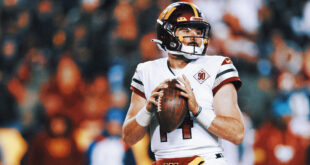 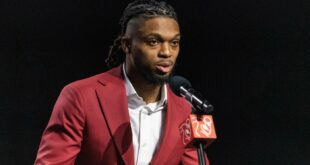 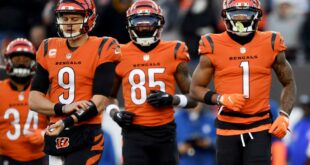