Colts big on size, but team’s lack of speed on offense quickly causing frustration within franchise

The Indianapolis Colts have been one of the league’s most surprising teams in the young season. Considered to have been a quarterback away from conference title contention, the Colts sit at 0-1-1 with a league-low 20 points scored heading into Sunday’s Week 3 game with the Kansas City Chiefs.

A league source noted this week there’s frustration in the building with a lack of speed on offense, particularly at receiver. In an NFL where spacing that stresses on the defense has never been more popular, the Colts are big on size but lack in speed.

According to league-issued data, the Colts have the tallest roster in the NFL with an average height of 6 foot, 2.88 inches. The league average is 6 foot, 2.28 inches, with the rest of the AFC South at or below the league average.

It’s the tallest opening-day roster in the NFL in 10 years, according to league data. The 2012 Oakland Raiders had a league-leading average height of 6 foot, 2.88 inches that season.

General manager Chris Ballard’s vision has been clear since taking over in 2017. He places a premium on players who test well in workouts, and he wants tall pass-catchers. A big, big measurables guy, if you will.

Outside of 5-foot-10 T.Y. Hilton, whom Ballard inherited, the Colts have had just one receiver listed at under 6 feet tall record a regular-season catch in the last three seasons. Five-foot-8 De’Michael Harris caught 10 passes for 79 yards in 2020.

Six-foot Parris Campbell is the only receiver on the team who ran a sub-4.4 second 40-yard dash, but he’s struggled to stay on the field four years into his career. Campbell has appeared in just 17 games since the… 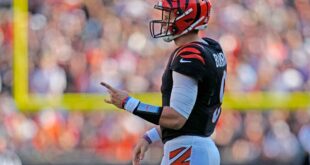 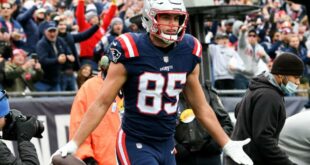 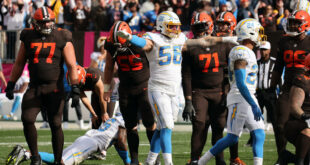