During the 4th quarter of Arkansas’ 49-26 loss to No. 2 Alabama on Saturday, quarterback K.J. Jefferson exited the game after taking a sack.

A surprise to many, head coach sam pittman elected to send USF transfer Cade Fortin to take Jefferson’s place instead of the listed backup on the depth chart, Malik Hornsby.

Following the game, Pittman was asked why he chose Fortin instead of Hornsby to fill in for the injured Jefferson. He provided an interesting response.

“That decision has been made for a while (instead of Malik),” Pittman said. “He’s our No. 2 quarterback so we put him in there.”

Fortin filled the void by completing 4-of-10 passes for 35 yards and attempted one rush for nine yards.

Following the game, fans noticed that all references of Arkansas had been wiped clean off of Hornsby’s Instagram account. The cleanse led to speculations of Hornsby’s possible departure from the team due to frustrations of being passed over for Fortin.

Sunday, Hornsby took to Twitter to clear up the rumors.

While Arkansas fans can breathe a sigh of relief now that Hornsby has shut down rumors, this still raises questions as to why he has been used sparingly this season.

Before the season began, Pittman called Hornsby one of the most athletic players on the roster.

“(Hornsby) has to earn the right to get on the field, but we need him on the field,” Pittman said. “We’ve got a plan for it. I hope it works and I feel like it will. We think he’s an excellent football player, so we are obviously going to give him the opportunity to win the (quarterback) job, but at the same time give him the opportunity to win the wide receiver’s spot, too.”

Through five games, Hornsby has rushed for 21 yards on three carries and has two catches for eight yards. As the Razorbacks prepare for the second half of the season, it… 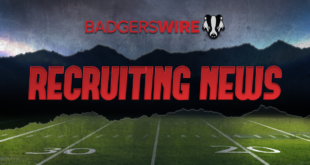 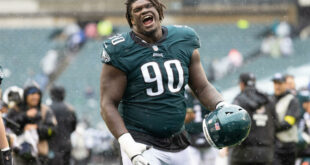