Home » NFL News » If Jim Irsay had called Dwight Freeney to be interim Colts coach, he would’ve hung up the phone

If Jim Irsay had called Dwight Freeney to be interim Colts coach, he would’ve hung up the phone

“I would have definitely hung up my phone,” Freeney said on the Rich Eisen show. “‘Jim, let me check the reception here.'”

That said, he does wish the best for his former teammate, Jeff Saturday, who was named interim head coach following the firing of Frank Reich. Freeney, a seven-time Pro Bowl selection and a three-time First Team All Pro, and Saturday, a six-time Pro Bowl center and two-time First Team All Pro, played together for 10 seasons and won a Super Bowl title during the 2006 season.

OPINION:Who’s lying, who’s telling the truth and who even knows the truth with the Colts

NFL PICKS: Which teams might be on upset alert in Week 10

“It’s gonna be a real tough situation he’s walking into,” Freeney said. “There’s a reason why you just promote somebody within the organization just to go up and salvage what you can salvage for the year. You know what to do, you know how it’s been working, you know the play calls and the things that you’ve worked on from mini camp, training camp, all of the things that have progressed to this point. You’re not going in there fresh and trying to recreate the wheel.

“I don’t think that Jeff is going to do that. He’s a smart guy. He’s a great guy. I’m happy for him. He’s had aspirations of wanting to be a coach, even though it surprised me. I never knew he wanted to be one. He gets a great situation where you don’t really have to interview for anything, you just go out and do it. He has nothing to lose in this situation.” 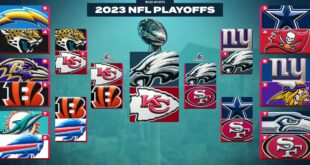