Travis Kelce had done this against the Chargers before.

But never against Derwin James Jr. — until Sunday night.

The Kansas City tight end beat James on a drag route for a 17-yard touchdown with 31seconds remaining, lifting the Chiefs to a 30-27 victory at SoFi Stadium.

“It was just a tough situation,” James said. “He made a play.”

Kelce scored a touchdown late in regulation and then again early in overtime in Week15 last year in this same venue as Kansas City triumphed in a similarly dramatic way.

That night, James had been injured early in the game and was not available to defend Kelce.

On Sunday, the two were matched up throughout the Chiefs’ game-winning drive. Kansas City moved 75 yards in six plays, including an 18-yard pass (to Marquez Valdes-Scantling) and a 16-yard scramble by Patrick Mahomes.

James also was called for holding Kelce on one play, the Chiefs converting on third and four.

On the final play, James got caught up in the middle of field while chasing Kelce by another crossing wide receiver, Justin Watson.

“They ran a good play, executed it …” James said. “The dude kind of got in my way, but I gotta make that play.”

Entering Sunday, James and Kelce had shared the field six times. When paired in coverage, Kelce had only five receptions on six targets for 32 yards and no touchdowns, according to Pro Football Focus.

The touchdown for Kelce was his third of the game. He finished with six catches for 115 yards.

The final scoring play also marked a bit of revenge for the veteran tight end. When these teams played at Arrowhead Stadium in September, James tackled Kelce once by picking him up and body slamming him in a highlight that has been shown repeatedly since.

“They made a few plays,” Chargers coach Brandon Staley of the Chiefs and their final possession. “They were contested… 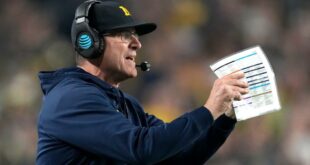 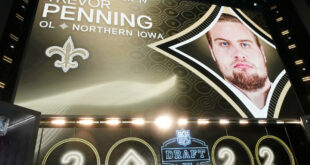 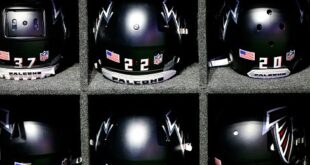