Patrick Mahomes calls Travis Kelce ‘greatest TE of all time’: Here’s where he fits in our top 10 rankings

Travis Kelce is on pace to set the receptions, receiving yards, and receiving touchdowns record for tight ends in a season. Kelce added to his legacy in Week 11, finishing with six catches for 115 yards and three touchdowns — including the game-winning score — in the Kansas City Chiefs’ comeback victory over the Los Angeles Chargers.

Kelce passed Rob Gronkowski for the most 100-yard receiving games by a tight end in NFL history last night (33), continuing his pace to become one of the greatest tight ends ever. Kelce is just 139 yards away from becoming the fifth player in NFL history to reach 10,000 receiving yards in his career, joining Tony Gonzalez, Jason Witten, Antonio Gates, and Shannon Sharpe on the all-time list.

The Chiefs tight end is becoming one of the best tight ends to ever play the position, and Patrick Mahomes already thinks he’s there.

“Travis, I mean, it’s Travis, greatest tight end of all time, he makes plays like that to win games,” Mahomes said after Sunday’s win. “At the end of the day, he’s going to keep fighting until the very end. When you see that, not only is it impressive for him, but it gets other guys going.”

Kelce may get to the top of our list by the time his career is over, but in the meantime, let’s rank the 10 best TEs to ever play the game and see where he fits in:

Before he made history as coach of the Bears, Ditka showcased his toughness on the field. He never topped his explosive Rookie of the Year campaign, in which he burst onto the scene with 1,076 yards and 12 touchdowns in 1961, but he came to resemble Chicago’s trademark attitude over the course of six years with the team. He also averaged more yards per catch than most of the other great TEs in NFL history, racking up an efficient 5,812 career receiving yards.

Copyright for syndicated content belongs to the linked Source.
2022-11-21
nfl-news
Share
Previous The Monday After: Wins by TCU, Michigan wouldn’t have been as big with 12 teams in College Football Playoff
Next Dak Prescott, Cowboys embarrass Vikings with 40-3 win at Minnesota | UNDISPUTED 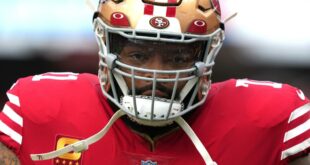 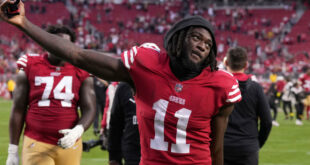 Brandon Aiyuk would ‘love’ to stay with 49ers amid contract talks 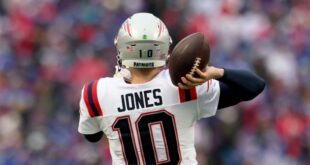 We’ve got a great deal of confidence in Mac Jones