OXFORD, Miss. — The Egg Bowl is going to Egg Bowl.

On the annual Thanksgiving meeting between Mississippi State football and Ole Miss, one thing was certain: This rivalry was going to provide excitement once more.

Mike Leach, behind a two-point conversion stop with 1:25 remaining in the game, has his first Egg Bowl win against Lane Kiffin.

Mississippi State, after allowing an Ole Miss field goal on the opening drive, responded immediately. The Bulldogs went 61 yards on 10 plays — six passes and four runs — on their opening drive to take a 7-3 lead.

The early success was met by gruesome struggles.

MSU had negative-three yards in its ensuing four drives. Ole Miss (8-4, 4-4) brought pressure on quarter Will Rogers without designed blitzes. Often times, it only took a three-man rush as the coverage remained tight and forced Rogers to hold onto the ball. The Bulldogs only called five designed runs on those four drives. One of those came on a third-and-34.

The fifth drive after the opening touchdown ended with a Rogers interception.

The short offensive drives forced MSU’s defense onto the field repeatedly. The Bulldogs were able to limit the Rebels to three field goals for most of the half before Ole Miss finally broke through for a second quarter touchdown.

Mississippi State quarterback Will Rogers (2) looks to pass against the Ole Miss.

Lideatrick Griffin gets his revenge

Last season, Mississippi State had a brutal sequence just before… 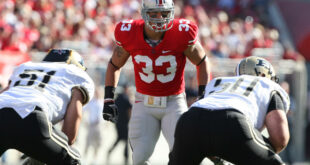 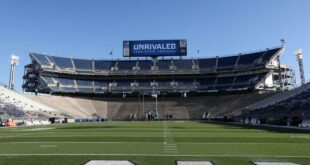 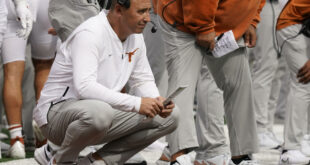