Behind the Scenes with FOX’s NFL crew: Honoring John Madden

Editor’s Note: Richie Zyontz has been an NFL producer for FOX since 1994 and the lead producer for the last 20 seasons. He has more than 40 years of experience covering the league and has produced six Super Bowls. Throughout the 2022 NFL season, he will provide an inside look as FOX’s new No. 1 NFL team makes its journey toward Super Bowl LVII.

John Madden didn’t own Thanksgiving. But it was damn close.

The Pilgrims and Native Americans may have started the tradition, but Madden embraced it with his joyful love of food, family and football.

This was the first Thanksgiving without John, who passed away in December. The NFL very appropriately chose his favorite holiday to honor him, commemorating his impact on football during all three Thursday games. Fans were reminded of the special relationship they had with the greatest analyst to ever wear a headset.

For me, it’s a little more personal.

UNITED STATES – AUGUST 05:  John Madden, former Raiders coach and NFL broadcaster, poses with a bust of himself during his induction into the Pro Football Hall of Fame. (Photo by Jay Laprete/Bloomberg via Getty Images.)

In 1982, I was in my second season traveling the country as a very young broadcast associate with CBS Sports.

The Thanksgiving game that year featured a second-year phenom named Lawrence Taylor, whose New York Giants matched up against the Detroit Lions in the Pontiac Silverdome.

While Pat Summerall and John Madden had called Super Bowl XVI the previous January in that very stadium, this was their first full season together as CBS’ lead crew.

Producer Bob Stenner and director Sandy Grossman rounded out what would become the Mount Rushmore of production teams. I truly walked among giants.

Little did I know that 39 years of close friendship with Madden was in my future. Never could I imagine taking walks with him in cities across America, introducing him to kosher delis and pizza on New York’s… 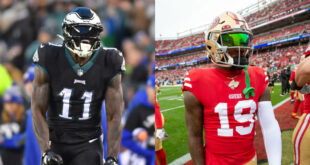 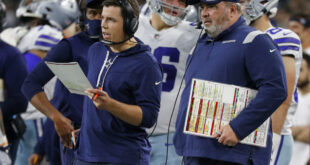 Cowboys give Mike McCarthy huge vote of confidence, while Kellen Moore’s status is much more murky 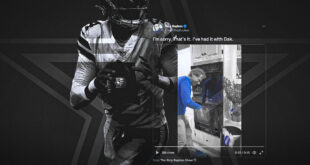