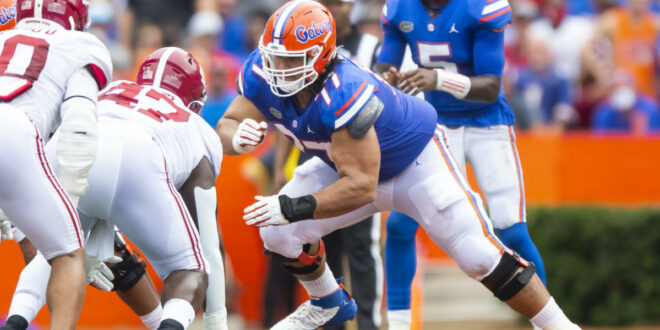 Former Florida offensive lineman Ethan White committed to Southern California on Monday after spending just under a month in the transfer portal.

White joined the Gators as a member of the 2019 recruiting class and appeared in six games for Florida as a true freshman. His sophomore year ended early thanks to an injury, but the COVID-19 ruling gave him an extra year of eligibility to make up for it. He’d start 20 games at left guard for Florida over the next two seasons and help anchor an offensive line that limited opponents to 1.3 sacks per game in 2022.

He earned an AP All-SEC Second Team nod for his efforts, and his decision to transfer shocked most Gators fans. Nobody was in line to take over for him next year, and Billy Napier wouldn’t have brought in as many transfers without his departure.

He’ll join another former Gator offensive lineman at USC, tackle Michael Tarquin who committed to the Trojans just before the turn of the year.

Here are all of…