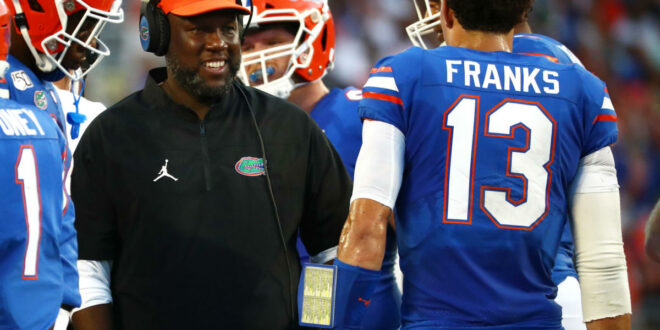 ESPN’s Dianna Russini seeingly confirmed the report when she tweeted out that Johnson spoke to the Jets about their vacant position during Wild Card weekend. Because the Eagles were the No. 1 seed in the NFC, they were given a bye week during the Wild Card round. Sports Illustrated’s Albert Breer mentioned on Monday that Johnson also spoke to the Rams about their opening.

Johnson began his coaching career at Utah under head coach Kyle Whittingham in 2010 as the Utes quarterbacks coach. He was promoted to offensive coordinator in 2012. He then reunited with Dan Mullen at Mississippi State in 2014. Mullen, who was on staff at Utah under Urban Meyer, recruited Johnson to play at Utah.

Copyright for syndicated content belongs to the linked Source.
2023-01-25
nfl-news
Share
Previous Aaron Rodgers says he wouldn’t have any ‘animosity’ if traded, but has ‘dreamed about retiring as a Packer’
Next Trey Lance could be excellent fit as Vikings’ QB of future, if 49ers move on from him