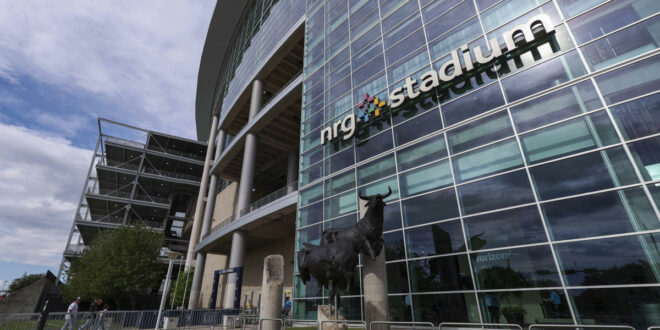 LSU to open 2027 football season against Houston at NRG Stadium

The Tigers will travel to NRG Stadium in Houston for what will be a nominal neutral site game against the Houston Cougars in the Texas Kickoff. The Cougs are set to move to the Power Five from the American starting in 2023.

This will be LSU’s third time participating in the Texas Kickoff, with the previous games coming against Wisconsin in 2014 and BYU in 2016. The latter game was moved to New Orleans due to flooding in Houston the week of the game.

The Tigers most recently played at NRG Stadium in the Texas Bowl after the 2021 season, which it lost to Kansas State.

“The city of Houston and the entire area of southeast Texas continues to be vital to the success of LSU, not only our football program, but the entire university,” coach Brian Kelly said in a release. “With more LSU alumni in that region than any other location outside of the state of Louisiana, it’s important that we have a strong presence in this area and this season-opening matchup will certainly enhance and strengthen the LSU brand in the state of Texas.”

LSU has certainly made recruiting the state of Texas a priority, as five of its 25 signees in 2023 hail from the Lone Star State. The state also has quite a few Tigers fans in residence, as athletics director Scott Woodward said in the release.

“It’s always exciting when our football program gets the opportunity to compete in Texas, where so many LSU fans and alumni reside,” he said. “We know our supporters will be just as excited to cheer on the Tigers to kick off the 2027 season, and we look forward to a memorable contest.”

This will be the third contest against Houston in program history. The last came in 2000 when LSU won 28-13 at home. The Tigers hold the all-time series lead at 2-1.