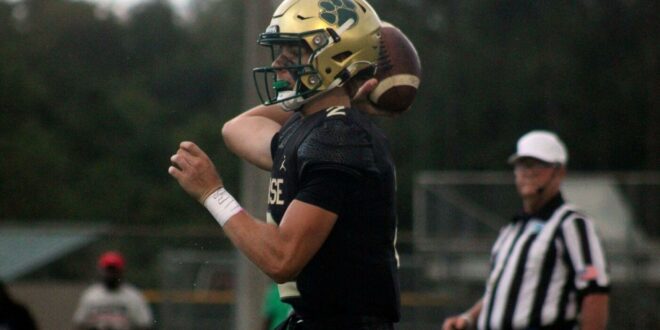 Back in November, the University of Florida withdrew its scholarship offer from four-star quarterback Marcus Stokes after video emerged of him singing song lyrics that contained the N-word. Just months later, Stokes received an offer from the HBCU program Albany State.

Stokes committed to the Gators in July 2022, but the school pulled his offer after seeing the video of him singing the racial slur. At the time, Stokes apologized for his actions and said he understood Florida’s decision.

“I deeply apologize for the words in the song that I chose to say,” read part of Stokes’ statement. “…I fully accept the consequences for my actions and I respect the University of Florida’s decision to withdraw my scholarship offer to play football.”

After that incident, most Power Five teams backed off on recruiting Stokes, but he has received offers from other levels. On Tuesday, Stokes tweeted that he had received a new scholarship offer from Albany State, a Division II HBCU program.

In his tweet, Stokes tagged new Albany State head coach Quinn Gray. A superstar at Florida A&M, Gray also went on to play for the Jacksonville Jaguars, and he was hired by the Golden Rams in December.

Gray previously worked as an offensive analyst at Memphis, which was one of the schools that originally recruited Stokes.

Stokes is a four-star recruit and the No. 24 quarterback in the 2023 signing class, according to the 247Sports rankings. In addition to the offer from Albany State, Stokes has also gotten a scholarship…