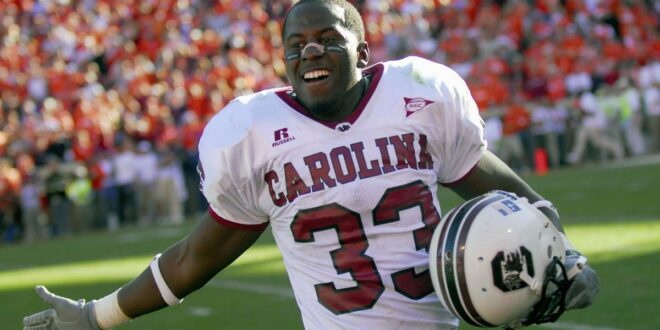 The coaching staff move was reported over a week ago, but the Oregon Ducks made it official on Wednesday morning, announcing the hiring of Chris Hampton as the new co-defensive coordinator and safeties coach in Eugene.

Hampton will be replacing Matt Powledge, who took the defensive coordinator job for the Baylor Bears in late December of 2022.

Hampton comes to Eugene from Tulane, where he was the defensive coordinator in 2022. He spent four seasons (2016-19) as Tulane’s defensive backs coach before leaving to be the cornerback’s coach at Duke in 2020.

“I am excited to work for and represent the University of Oregon,” Hampton said, per an Oregon press release. “I am extremely thankful for the opportunity provided by Coach Lanning and the Oregon administration. I believe in what Coach Lanning and the rest of the staff are building in Eugene. I can’t wait to get to work with the student-athletes and help Oregon compete for championships.”

Before starting his coaching career, Hampton was a four-year letterman and two-year starter at safety for the South Carolina Gamecocks from 2004-2007. In his career, Hampton had 106 total tackles, 6.5 TFL, 2 sacks, 3 INT, and two PBU. He also won the team’s Harold White Award, given to the player with the highest GPA on the roster.