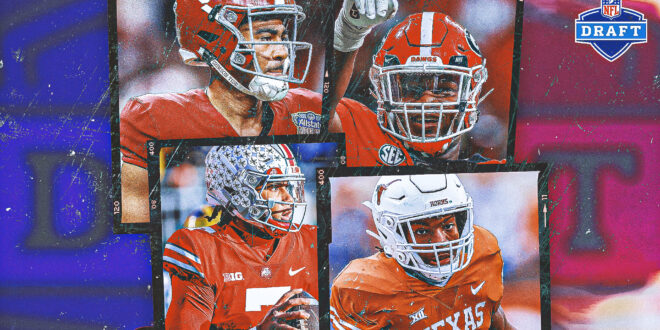 With a few notably skilled exceptions, the bulk of the best players in the 2023 NFL play in the trenches.

With name, image and likeness rule changes and the transfer portal providing players more options than in the past, there are fewer underclassmen in this draft than in past years. There were 100 underclassmen granted special eligibility by the league in 2020 and 128 in 2021. This year only features 82. That said, the quality of this year’s additions is high. Among these rankings of my top 50 prospects available, 37 of them are underclassmen.

Sorry in advance to the fantasy-football and skill-position enthusiasts, but with the exception of a few stellar talents at the top, the bulk of the best players in the 2023 NFL draft play along the line of scrimmage, including above-average crops at edge rusher, tight end and center.

If Young were a few inches taller and 20 pounds heavier, there would be zero debate as to the identity of the top player in this class. Young’s relatively small frame will likely be the most discussed topic of this draft season, but among scouts, the topic of Young’s poise and improvisational magic are just as popular.

Those disappointed by Carter’s lack of dominating statistics the past two seasons at Georgia fail to appreciate how he impacts blocking schemes and playcalling from opponents. Agile, long-armed and incredibly powerful, Carter tilts the line of scrimmage in his team’s favor.

I argued back in October that Stroud was the most accurate quarterback in the country and the improved mobility and moxie he showed against Georgia, albeit in a losing cause, has his stock climbing even higher on my board. Stroud’s statistics at Ohio State are like something out of a video game, but he was never better than against the Bulldogs in his Buckeye finale.

Copyright for syndicated content belongs to the linked Source.
2023-01-25
nfl-news
Share
Previous Trey Lance could be excellent fit as Vikings’ QB of future, if 49ers move on from him
Next Florida quality control assistant leaves for on-field role at SEC school