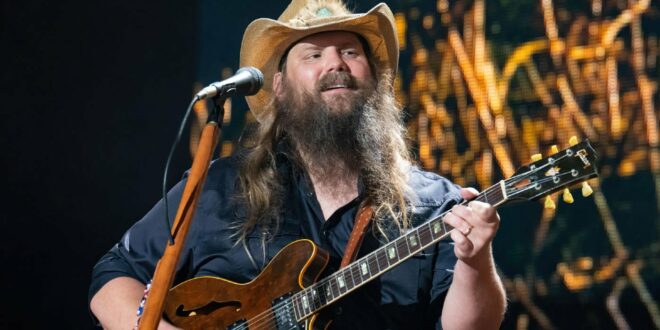 The Super Bowl is historically the most-watched television program in the United States with the hype surrounding the game like no other, and the entertainment level goes far beyond the action on the field. The pregame festivities and ceremonies as well as the halftime show make the big game a major moment in pop culture.

We already know that Rihanna will be the halftime show performer for Super Bowl LVII and on Tuesday the NFL announced the rest of the Super Bowl entertainment.

Eight-time Grammy winner Chris Stapleton will be performing the national anthem ahead of the game. The country music singer also has 15-time Country Music Association and 10-time Academy of Country Music awards.

Babyface will be performing “America the Beautiful” ahead of kickoff. The 64-year-old is a 12-time Grammy Award-winning recording artist, songwriter and producer with 125 Top 10 hits, 44 No. 1 R&B hits and 16 No. 1 pop hits.

“Lift Every Voice and Sing” will be sung by Emmy, Critics Choice and Independent Spirit award winning actress Sheryl Lee Ralph. The 66-year-old has a successful acting career and is nominated for a Golden Globe and an NAACP Image Award.

Thanks for signing up!

Keep an eye on your inbox.