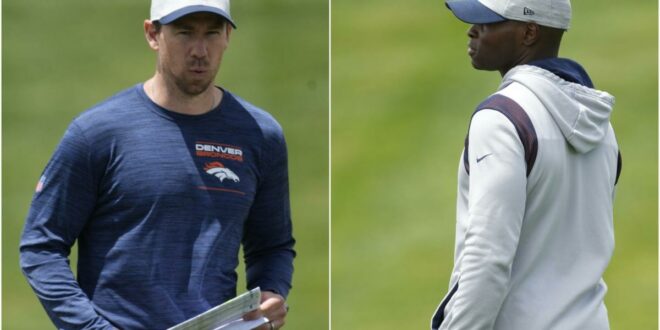 As the Denver Broncos continue their search for a head coach, several members of their current staff are drawing serious interest from other teams.

Broncos defensive coordinator Ejiro Evero had first-round interviews with all five teams that have head coach openings, and at least two teams have invited him back for a second interview: the Houston Texans and Indianapolis Colts.

There’s been no word yet on if Denver will give Evero a second interview.