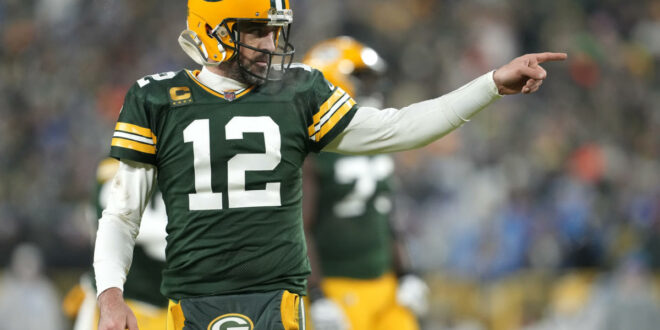 Groundwork is laid for amicable divorce between Aaron Rodgers, Packers

Aaron Rodgers doesn’t know yet if he wants to play football in 2023, and he doesn’t know where he’d want to play if he does return for another season.

But if the two sides do eventually decide to part ways this offseason, the groundwork has been laid for an amicable divorce between Rodgers and the Green Bay Packers.

Rodgers said as much during another wide-ranging interview with “The Pat McAfee Show” on Tuesday, reiterating he “understands” if the team wants to go younger with Jordan Love and he has to finish his career “somewhere else.”

On multiple occasions, Rodgers used the words “gratitude” and “love” when describing his time with the Packers and his appreciation for the organization, and he pushed back on any potential feelings of “animosity” or “malice” between the two sides in a future divorce.

“If they feel like it was in the best interests of the team to move forward, so be it,” Rodgers said. “Again, that wouldn’t offend me, and it wouldn’t make me feel like a victim. I wouldn’t have any animosity towards the team. I love the organization, I love the city, I love the region.”

“I hope there’s some gratitude on both sides if that happens,” Rodgers said.

Of course, this doesn’t mean a divorce is coming. But the option is still on the table, and an amicable divorce between the team and future Hall of Famer would sure beat the messy breakup that happened in 2008 between the Packers and Brett Favre.

The ball remains in Rodgers’ court. He said he’s done “nothing” since leaving Green Bay for the offseason and he needs time to decompress and recover after a long season. He set no timetable for making a decision. So the Packers and the rest of the NFL world will wait.

“I have to figure out what I want to do, and then we’ll see where all…