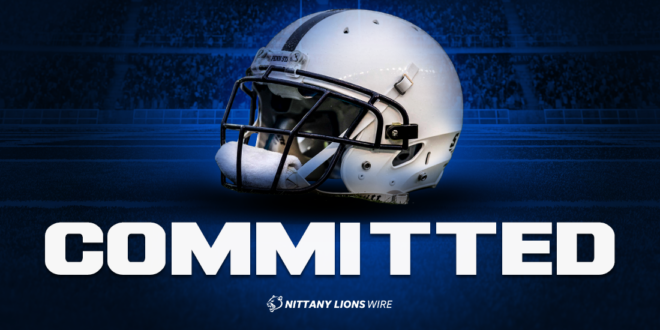 Penn State continues to add pieces to its Class of 2023 with another preferred walk-on commitment on the books on Wednesday, Wide receiver Ethan Black, from Davidsville, PA, announced he has committed to Penn State.

“I am blessed to announce that I have committed to Penn State University where I will be furthering my academic and athletic career,” Black said in a message posted on his Twitter account on Wednesday evening. “I would like to thank my family, friends, coaches, and teammates for supporting me.”

Black measures 5-10 and 160 pounds. Black reportedly committed to Penn State over a pair of Ivy League options in Princeton and Dartmouth.

It is expected that Black will be used on special teams upon his arrival on campus, which is typical for a preferred walk-on player.

Black joins running back David Kency Jr. as Penn State’s second preferred walk-on player in the Class of 2023. Penn State is still hoping to add to the recruiting class with a signing day announcement looming for four-star offensive line target Chimdy Onoh out of Maryland.

Penn State gets commitment for preferred walk-on from Louisiana speedster

Copyright for syndicated content belongs to the linked Source.
2023-01-26
nfl-news
Share
Previous 10 pending free agents the Falcons should re-sign in 2023
Next Bills’ playoff exit should be important rebuild lesson for Bears