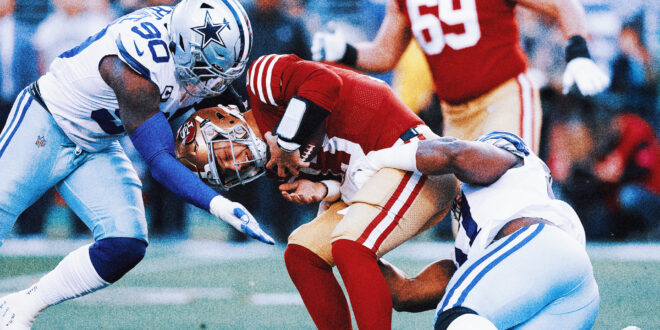 The San Francisco 49ers emerged victorious in their divisional round battle with the Dallas Cowboys on Sunday, but Dallas’ defense certainly impressed in the losing effort. Micah Parsons & Co. held the Niners to just 19 points, which marked the team’s lowest offensive output since Week 12.

“I think they had a great front,” Purdy said on Wednesday. “I thought their secondary was really talented and skilled. All around, I think their scheme was really good too.

“I do think it was one of the best defenses that I’ve seen, that our team has seen this year.”

Granted, Purdy was making just his seventh career NFL start after taking over the 49ers quarterback job following in-season injuries to Trey Lance and Jimmy Garoppolo. But the Cowboys’ defense did impress throughout the season.

Parsons, last year’s defensive rookie of the year, continued his rise in his second NFL campaign with 13.5 sacks and 65 tackles during the regular season. He was just named to his second straight Pro Bowl, sharing the honor with defensive end DeMarcus Lawrence and cornerback Trevon Diggs on the Cowboys’ defensive unit. Meanwhile, cornerback DaRon Bland finished the regular season with five interceptions, one shy of the league lead.

Purdy knows a thing or two about good defenses, having gone up against the 49ers’ star-studded unit in practice all year. San Francisco ranked first in scoring defense during the 2022 regular season, but Dallas was not far behind, ranking seventh. The 49ers and Cowboys also ranked first and second, respectively, in total Defense-adjusted Value Over Average (DVOA) this past season, according to Football Outsiders.

Purdy’s complimentary quote will not serve as a consolation prize for the Cowboys, as members of the team spoke publicly about their desire to win their first Super Bowl since 1996, only to get eliminated from the playoffs… 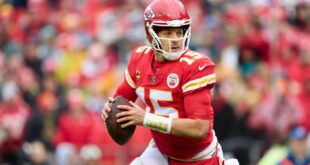 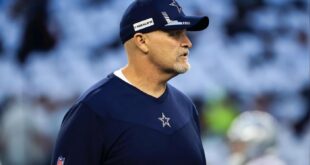 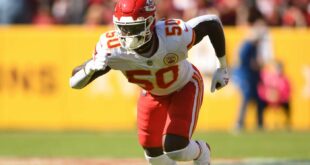